Tips for a creative instrument lesson

In my classroom there are different kinds of work stations; a toy section, a white-board for drawing, percussion instruments, computer game, a piano with colorful stickers on the keys, costumes, CD’s, books and a table for drawing music in the pupil’s notebook.

All the work stations are somehow related to playing and music, we can for example create a theatrical play with the toys, make up the story and play the background music to the play. We can also film an animation or organize a concert for the toys which includes writing the concert program, selling the tickets -also self made.

The performers, in addition to the pupil and the teacher, can include a self-playing musical box: “And now The Piano, Teddy and Musical Box will play for us”. This is how the lesson proceeds and comes back to playing the instrument. With the use of imagination we create a situation where the pupil feels comfortable playing in.

In the beginning of their instrument studies all the pupils start from a different skill level. I always ask myself as a teacher, how to pull the right string.

Sometimes a whole year passes before a pupil can place his/her fingers on the strings to be able to play a small piece. Each pupil comes to the first lessons with high expectations, a need to express themselves through music but it’s difficult to learn motor skills quickly and to hit the right spot on the string. The teacher’s job is to approach the pupils from different angles, to encourage them to express themselves. The enthusiasm grows with playing the pupils’ favorite music and a spark to reach certain technical skills lights up.

I use piano to help the students visualize the accidentals, because on the

cello they are hard to distinguish. To make it easier to play, I have glued colorful stickers on the keys of my classroom piano (c=red, d=orange, e=yellow, f=green, g=blue, a=violet, b=black). It’s possible, if needed, to insert marks on the fingerboard to help distinguish different positions.

I have drawn scale-boards out of cardboard and colored song books with the equivalent colors. In the bass line the colors are equivalent to the cello string-colors (see first article). Big and colored notes are easy to play all the way to 7 accidentals. The teacher is never ‘above’ the student in authority, the teacher is the specialist and the plan-maker and should always be ready to accompany the students with whatever they wish to do, for example dance along.

When we get to the subject of Minuets, we can watch a video about baroque dances, we get to know the baroque in general and periodical instruments of the time etc. This idea could be developed into something more elaborate in collaboration with the local dance school. It could involve organizing an event, where an orchestra would play using periodical instruments. The clothing could be arranged with the local theatre and thus we would have a real baroque ball!

From the very first cello lessons we start with playing basso continuo, e.g. accompaniment with free strings. We play songs that are familiar to the student for example Christmas songs (we play them during all year) and sing along while accompanying ourselves with the free strings (a-d-G-C). This is how we approach the chord roots and primary chord functions (I-IV-V). The accompaniment of the cello pieces supports the student’s understanding of harmony.

The pupils are encouraged to try and play their cello pieces on the piano too. Guided by their own colored sheet music it’s easy to find the right keys from the keyboard. The black keys of the piano are a good visual aid for teaching flats and sharps.

During the lessons it’s possible to deepen certain topics, to give more time for details and the pupil’s questions, this way when we mature a topic with time, it will have it’s own life. A child has a unique way of seeing the world and his/her questions might truly be surprising. We go through musical theory without even noticing. The cello strings in itself represent the circle of fifths. We get to know the bass, tenor and treble clefs. By using the color of each string even transposing becomes easy and this way we also approach different clefs. We sing and play in all keys and transpose to all the three above-mentioned clefs.

We play a lot of scales, also with the piano, it’s important to learn few scales well than many not-so-well, in order to keep it pleasant. When teaching beginners, it’s good to use your imagination also with scales and for example play an Ice Cream scale using different strings. The power of example is very important, the teacher plays along with the cello or accompanies at the piano.

SCALES IN A GROUP

It’s good to clear right from the start the general harmonies of each piece. Accompaniments are also available on CD’s or the internet. Listening to music is a good  basis for everything, like in the Suzuki method where all learning is based on auditory sense. In a group the scale learning is easier, everyone plays the same scale, we organize scale and etude workshops.

I have a dice made of cardboard that is very popular, it has drawn-out images in addition to the numbers, the sun (6), the moon (2), a tree (3), grass (1), a fish (5), a man (4). When rolling the dice, a random image comes out and then we play. The outcome depends on the level of the students. For example when getting the fish image, we might play a known children’s song the “Canoe Song” which works very well as a canon. Canons are something to use to develop rhythm, harmony, intonation and so on. The numbers on the dice were added later and have various meanings, for example how many times we play a piece. With smaller students when getting the fish image we might play an improvisation or use some other words that start with the letter “F” etc.

Anna-Liisa Koponen has been teaching cello at the Lapland Music Institute since 1991. She graduated from The Conservatory of Oulu. She specializes in baroque music and has studied also viola da gamba and various periodic cello instruments. She has studied Kodály- and Suzuki-methods which have influenced her personal teaching style. She has organized numerous collaboration projects with Drama School, Theater of Rovaniemi and Lapland Dance School. 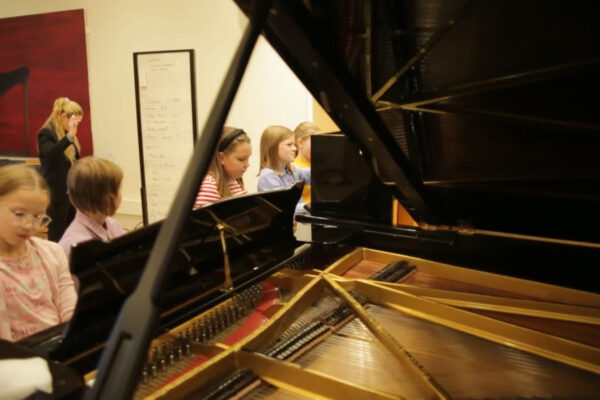 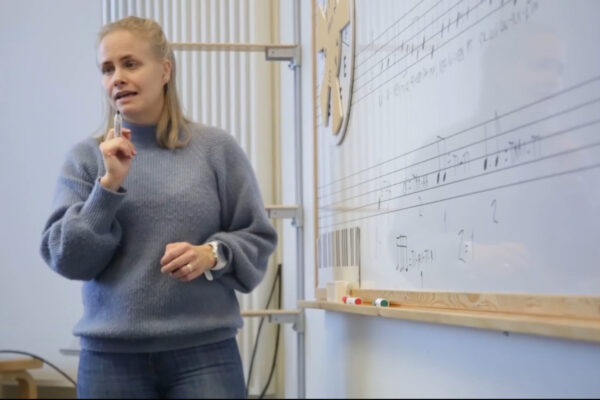 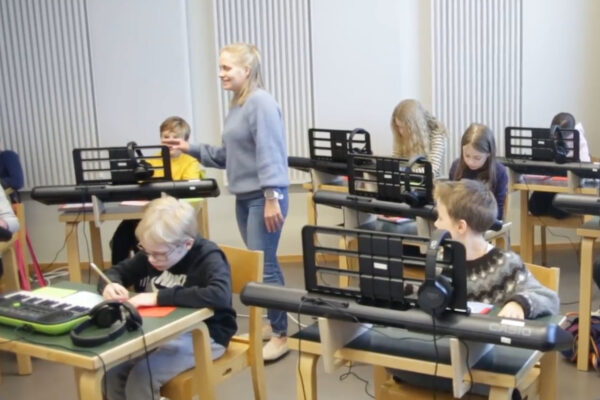